As many of you know, gaming and esports has been one of the fastest growing industries. Ever. From League of Legends to Dota 2 to Call Of Duty to Apex Legends, esports has forever transformed the gaming world. I grew up in the era of computers and laptops just becoming a thing, the internet had just been born and Windows XP was the next best thing, it was an awesome time. Then, Microsoft changed the face of first person shooters forever, with their PC release of Halo: Combat Evolved in 2003. Never before had such a complex game been designed before. The game was a smashing hit, landing first on the xbox followed by the PC release. I picked up Halo: Combat Evolved and Halo: Custom Edition in the mid 2000s and mid 2010s. The game was great, I even spent a lot of time on the community ran custom servers (most of which belonging to various clans and groups). The community itself was awesome, I didn't really have any "friends" per se, and remember, Discord wasn't around yet so people were using Teamspeak 2 and Teamspeak 3 for communicating with each other. I remember many days of coming home from school or on the weekends waking up and watching Warner Brothers cartoons and then going straight to my favorite Halo: Combat Evolved servers where the maps were Blood Gultch and the objective either Team Death Match or Capture The Flag. It was easy and simple, the maps were relatively small but appropriately designed and nowhere near as complex as most modern games. My favorite memory was when I was playing custom edition and there were teleports all over the rim of the canyon on Blood Gultch and I would just dominate with a sniper rifle and rocket launcher. It was so strong and so good. It was fun!

Back then, the gaming culture was different. There was no toxicity. The games were designed by companies, for the communities, and not as a money grab to try to squeeze players for as much money as possible. There were no 'lootboxes' or 'chests' or 'apex packs' or even paid skins. There was no 'competitive' or 'ranked' or 'mmr' or 'matchmaking'. You played what you wanted, how you wanted, when you wanted. There was still a wide variance of 'skill' with playing those games but it wasn't a toxic piece of shit wastedump that it is today. The gaming communities supported each other, regardless of their abilities and skills. You weren't called names nor harrassed in the voice chat or Discord server, because, well...they just didn't exist.

So...that being said, why don't companies start enforcing stricter rules regarding harrassment and name calling and what is essentially, bullying? Well for a number of reasons, the most impactful being their income. If every player was banned from the game for a certain period of time or permantently for severity or recurring offences, then those players would be unable to purchase things like a seasonal pass or that new Wraith skin. And I'm willing to bet that more than 50% of players out there for any game have done something that would warrant being banned if the rules were such the same as being out in the open public or in school or even in the business office. You don't shout the n-word or call people slurs and names at the bar or a restaurant or to your coworker's face, or...at least I hope not. If you do that in school, you get spoken to by the principal or other staff members about the behavior being innapropriate and hurtful to others. But if a company like EA or Riot or Ubisoft were to implement stricter policies, it would mean spending more of their income and profit on 'policing' bad behavior. Which in their view isn't their job nor responsibility, and they'd be correct. While that's not to say that some companies aren't at least trying to get better at reducing toxicity, it's just not a concern for them, it has minimal benefits and yields no additional profit so long as the toxicity isn't making players quit the game in massive numbers.

On top of that, esports wasn't even really a thing, there was no "League of Legends LCS" or "League of Legends World Championship". It literally didn't exist. As technology grew, companies found themselves in a unique position to continually change how games are made, played and even the objectives behind those games. Esports changed everything with the introduction of matchmaking and suddenly no longer needing to be in the same room as 20 other computers to play multiplayer(LAN parties). Players were suddenly capable of not having friends but still being able to enjoy the same game and it's benefits. Not only that but as the games grew in capabilities, players started pushing the limits of games and trying to find the best strategies and ways they could always beat each other. So with that companies started developing ranked and mmr systems that would be designed to pin players against each other for a competitive experience. And this is the part that backfired - companies are so obsessed with maximizing profits and getting professional organizations and sponsorships to create revenue that they are completely forgetting about the players that play their game. Companies don't care if you're bronze 4 or predator rank 1 or master. They only care that you spend your time in their game, because they want you to buy everything they have to offer. So if they ban 50% of their players not only will players stop playing the game, but the company will lose their best source of income: skins.

Sadly, I was raised differently, I was raised to treat people with respect and they will return that respect back to you. Unfortunately competitve gaming has brought out the worst in majority of players due to the competitive nature of the games. Games are designed now much like casinos, companies want gamers to spend more time in their games because they think that will equate to more revenue and more sponsors and more of...well...everything. This shift in gaming away from being about the community and players that play the game to caring more about the revenues and profits has also triggered a shift in the way that players think about the game as well, with the increased competitiveness, it's no longer about having fun, it's about how hard one player can shit on another and how much worse a player can make another player feel for not have mastered the same level of skill as their teammate or opponent. This is severely prevelant in all major online titles, Apex Legends, League of Legends, Destiny 2, Rainbow Six: Siege, Overwatch, even Team Fortress or the recent Halo Master Chief Collection games. Of course I'm purely speaking from a mostly solo player's perspective that doesn't have that 5 stack or 3 stack of players to play with on a regular basis.

For me personally, I play games to chill and have fun, after a long day at the office, I want to kick it back, relax and enjoy shooting some players and winning a few matches. Sadly with the changes to the industry and the way multiplayer games work, it's no longer a simple case of picking up the mouse and keyboard and just having a good time, it's always a contest of how much torture my brain can take. I love FPS games, especially multiplayer ones, it's just an unfortunate reality that unless behaviors are changed on a large scale and companies start caring to enforce better behaviors in players, it is not likely that things will get better. It's not simply due to how the industry works. 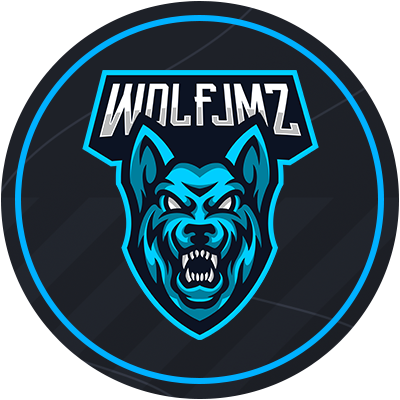 Josh aka jammerxd and wolfjmz is a dedicated software developer and IT professional. Growing up in a small town in Minnesota to going to college in St Cloud, Josh is currently working as a junior software developer in the Twin Cities/Metro area. Josh is best known for his work in the Euro Truck Simulator 2 and American Truck Simulator gaming communities creating Truckers Data Logger(TDL), ETCARS, and Truckler. Josh has also spent over 5 years involved in supporting the Minnesota VEX Robotics program by volunteering at live events, all the way up to the state championship and VEX Robotics World Championship in Louisville, KY (now hosted in Dallas, TX). Josh is also known as a video production guru specializing in broadcasting technologies and hardware performance setups.